One type of positional sensor that does not suffer from mechanical wear problems is the “Linear Variable Differential Transformer” or LVDT for short. This is an inductive type position sensor which works on the same principle as the AC transformer that is used to measure movement. It is a very accurate device for measuring linear displacement and whose output is proportional to the position of its moveable core.

It basically consists of three coils wound on a hollow tube former, one forming the primary coil and the other two coils forming identical secondaries connected electrically together in series but 180o out of phase either side of the primary coil.

A moveable soft iron ferromagnetic core (sometimes called an “armature”) which is connected to the object being measured, slides or moves up and down inside the tubular body of the LVDT.

The polarity of the output signal depends upon the direction and displacement of the moving core. The greater the movement of the soft iron core from its central null position the greater will be the resulting output signal. The result is a differential voltage output which varies linearly with the cores position. Therefore, the output signal from this type of position sensor has both an amplitude that is a linear function of the cores displacement and a polarity that indicates direction of movement. 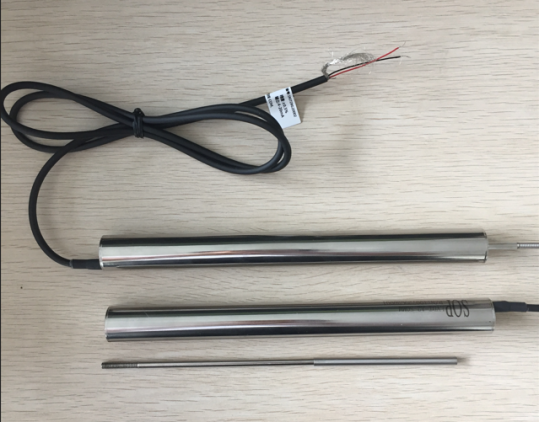